END_OF_DOCUMENT_TOKEN_TO_BE_REPLACED

When you run a computer that is SSH-enabled and open to access from the internet, you should use safe passwords (or even better: private key authentication) and a restrictive sshd.conf. But even with that, the barrage of malicious connection attempts can cause performance issues.

I have been using sshblack for many years on my Mac to battle that issue: when an IP address makes multiple failed attempts to login, it gets banned for a while. The popular fail2ban does that for Linux systems, but it doesn’t work on Mac OS X/macOS.

sshblack always needed some hand-holding with new OS releases, but with Sierra there was an entirely new challenge: there are no log files for sshd anymore! In previous versions, sshblack would look in /var/log/system.log for failed login attempts. The file still exists, but most logging in Sierra uses Apple’s new Unified Logging and Tracing System. That means the only way to access logging for sshd is either Console.app or the log CLI command. Using log with its stream parameter to get real-time logging data incurs a huge performance penalty, so the only way to go seems to be log show. So instead of tailing a log file, the script now has this definition:

I added a sleep 60 statement to the loop and removed the code meant to deal with log rotation. Seems to work fine.

It was my task to replace old Cisco 2811 Routers with a new generation. The WAN connection at one branch office had been upgraded to 50 Mbit, but the crypto performance of the old router was too low for the bandwidth. We decided to use the Cisco 4331 with the SM-X EtherSwitch Service Module (SM-X-ES3-16-P ).

Until I had a running system, there were some major challenges I had to deal with. Since there was not that much documentation available and not so many public support cases that had been solved, I will present my experiences here to help others to avoid the problems.

The first problem I had, was to find the right image. In the download section on the cisco.com page there is no section for the SM-X-ES3-16-P. Instead I had to take an image from the 3560-X series.

Unfortunately the image I downloaded (c3560e-universalk9-mz.152-4.E1) lead to my first bug. After every reboot of the switch, interface vlan 1 was in shutdown state. The switch commented this with following output:

This seems to be a bug that was fixed in version c3560e-universalk9-mz.152-4.E2 . After I installed this version, the output was still there but vlan 1 went directly to the up state. However before I used this release, I tried the suggested release c3560e-universalk9-mz.150-2.SE9 . Unfortunately the switch does not boot with this release and keeps rebooting. The only way to interrupt the boot process is to force a password recovery from the router!:

The switch then gets to the rommon and you can decide which image to boot.

The next goal I wanted to achieve was the communication between the switch and the router. You can use the Ethernet-Internal interfaces for this. In the documentation of the switch module you can only find a difficult configuration using BVI interfaces. With recent images Cisco implemented a new command so that you can create SVIs on the router. The command is:

After entering this command you have to reboot the router. When the router is up again, you are able to create SVIs with the command “Interface vlan 1” and use the internal ports as trunk ports. This has been described in this post: supportforums.cisco.com

Then I encountered a problem caused by our configuration. We use dhcp snooping in combination with ip source guard. For this combination it is necessary to use dhcp snooping with option 82. All our other switches are connected to catalyst switches, which act as layer 3 switches. On them you can define the trunk ports as trusted (“ip dhcp snooping trust”). On the router however this command is not available. So my dhcp requests were not redirected by the “ip helper address” command because of the option 82 information. Turning off option 82 allowed the dhcp requests to reach the dhcp server, but the dhcp replies then got stuck at the switch because without the option 82 information it does not know to which interface it should forward the packet. To solve this I activated option 82 again and on the router I entered following command:

This is the router equivalent to the “ip dhcp snooping trust”.

But still my setup was not working. No traffic was going through the internal ports after I reentered my full configuration. The reason for this seems to be another bug. I had activated rapid spanning tree “spanning-tree mode rapid-pvst” (while using default STP the problem did not occur). With the command “show spanning-tree” on the switch I found that the Gi0/18 was in “P2p Dispute” state. Comparing the output from switch and router I saw that both claimed to be the root bridge and had the same priority. However the mac address of the switch was lower so the behavior of the switch was totally correct. I fixed this by lowering the priority of the router and making it root bridge:

Finally everything was working, but the debugging and searching for information had cost me several hours. I hope I can help others avoid having the same problems and getting stuck.

We’ve been using IPv6 for a few years, but for various reasons we hadn’t yet prepared our sendmail MTAs to use the new protocol. We run a dual-stack environment, so all servers need to use both IPv4 and IPv6. According to sendmail’s documentation it should be possible to use the host name for both daemons, so initially we tried it like that in our .mc file:

That worked fine on a test system, but for reasons unknown it failed on our actual production server. It resulted in these error messages:

We have now implemented a workaround: instead of the hostname we use the actual IPv6 address for the IPv6 daemon and client:

One more tip: with an IPv4-only setup we used the ‚b‘ flag (use the incoming interface for sending the message) as modifier for the DAEMON_OPTIONS, but with dual-stack that doesn’t work: if you receive a message via IPv4 but have to send it via IPv6 (or vice versa), it will fail. 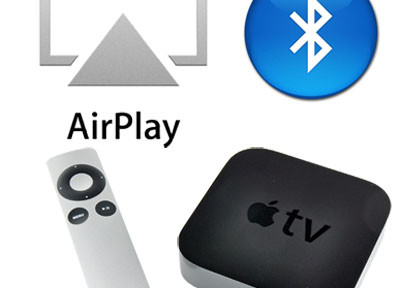 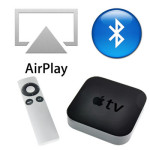 With the new ASA versions 8.3.2.12 or 8.4.1 Cisco announced the support for native VPN on Android devices. Implementing the configuration changes in an existing and running environment can be quite tricky.

The document https://supportforums.cisco.com/docs/DOC-17798 gives a good example on how to configure the tunnel in a new environment.

If you already have an existing crypto-map or dynamic-map for the other IPSec clients and try to add a second one with a higher or lower priority you will end up with an IPSec phase 2 that fails with the error message “All IPSec SA proposals found unacceptable!” for clients using the map with the lower priority.

You can solve this problem only through implementing the two modes via two transform-sets using one single dynamic map.

The order of the transform-sets in the dynamic-map defines their priority with the highest from the left.

Have in mind that changing the dynamic-map results in disconnection of all IPSec sessions.